If you know Materans people you will immediately notice how attached they are to their land.
It’s not simple affection for the city that gave them birth, they are really in love with them!
And once you see it you will be able to understand why; you’ll fall in love too.

What to see in Matera: A piece of history

Founded 10,000 years ago, Matera is the third oldest city in the world after Aleppo and Jericho, even older than Athens. When I was talking about the Calanques (you can read the article on “what to do in Basilicata” HERE) I told you about Carlo Levi’s book “Christ stopped at Eboli”.
In a few lines of this autobiography Levi tells a glimpse of Matera comparing the cluster of overcrowded cave houses in which people and animals shared the same spaces, to the representation of Dante’s Hell (Divine Comedy).
For the sociologists and intellectuals of that time it was the object of criticism and indignation that led Matera to be considered the symbol of the backwardness of the south of Italy.
Alcide de Gasperi nicknamed this city “national infamy”.

Today Matera is experiencing its best moment, tourists who appreciate it, admire it and that every year take it by storm; chosen by many directors as a set for their movies, from Pasolini who set “The Gospel according to Matthew” to Mel Gibson who has turned “The Passion of Christ”; elected as the capital of European culture 2019, UNESCO World Heritage Site, no one after seeing it would ever think that “national infamy” has ever been an appropriate nickname to give it. 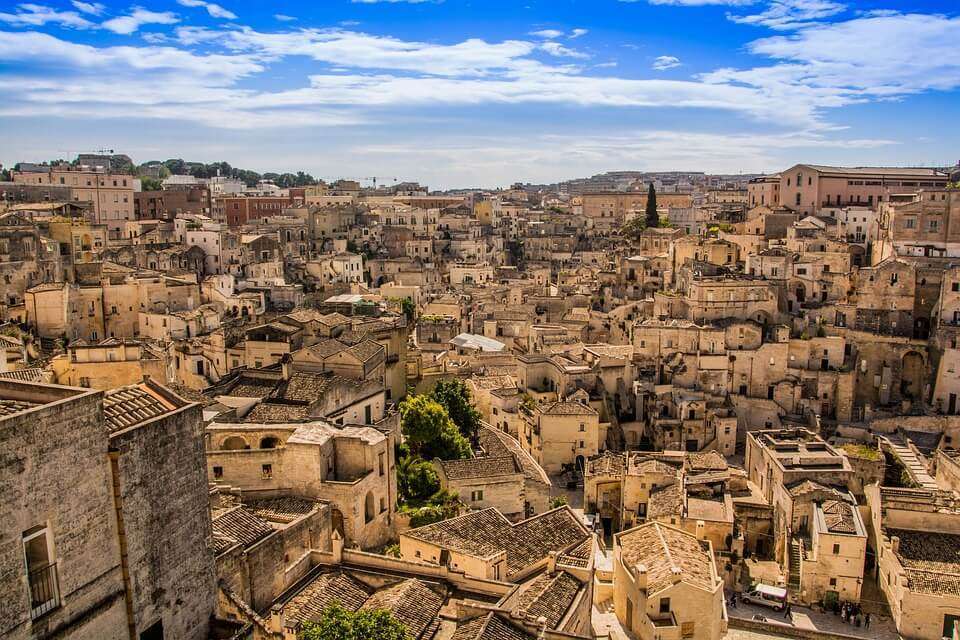 What to see in Matera: Piazza Vittorio Veneto

Here we are in the living room of Matera, Piazza Vittorio Veneto is the central square of the city on which overlook the Palazzo dell’Annunziata, a former convent and today the municipal library, the Palazzo della Prefettura, the Church of the Knights of Malta and the Church of San Domenico . The Palombaro Lungo, the second largest water cistern in Europe is located under Piazza Vittorio Veneto and was only discovered in 1992. Since Matera is a distant sea, rivers and lakes, the primary need has always been to collect water and this was one of the solutions adopted.

From this square you can start walking through shops and shops, focaccerie and bars for some shopping.

What to see in Matera: Piazza Duomo and Maria SS. della Bruna Cathedral 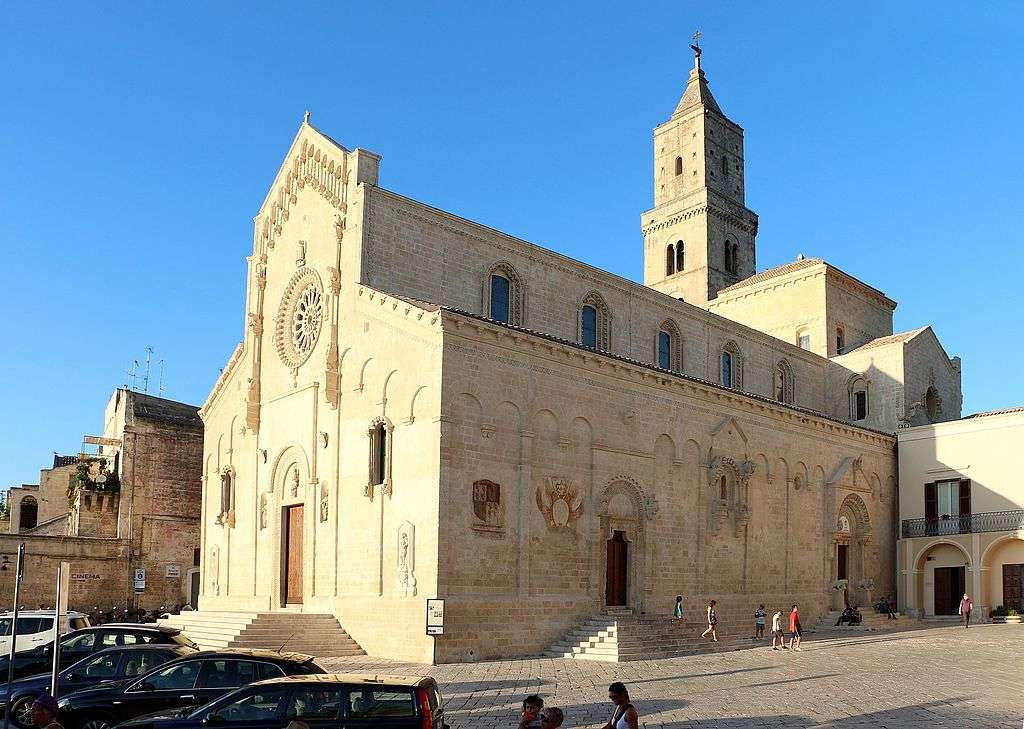 Hollow and Barisano stone
The oldest settlement of Matera, the district Civita, divides the city into two parts: to the north the Sasso Barisano, the most modern area, and to the south the Sasso Caveoso, the true historical center with cave churches and cave houses carved into the rock of tuff.
Let’s now go towards the Civita, a fortress that stands on a promontory surrounded by the splendid Gravina. Already in getting there I’m sure you will stop to take pictures with every step! At its highest point there is the Cathedral of Maria SS. della Bruna (protector of the city of Matera), a building in Romanesque-Apulian style built in 1270 on the ruins of previous crypts, whose interior is richly decorated in Baroque style. 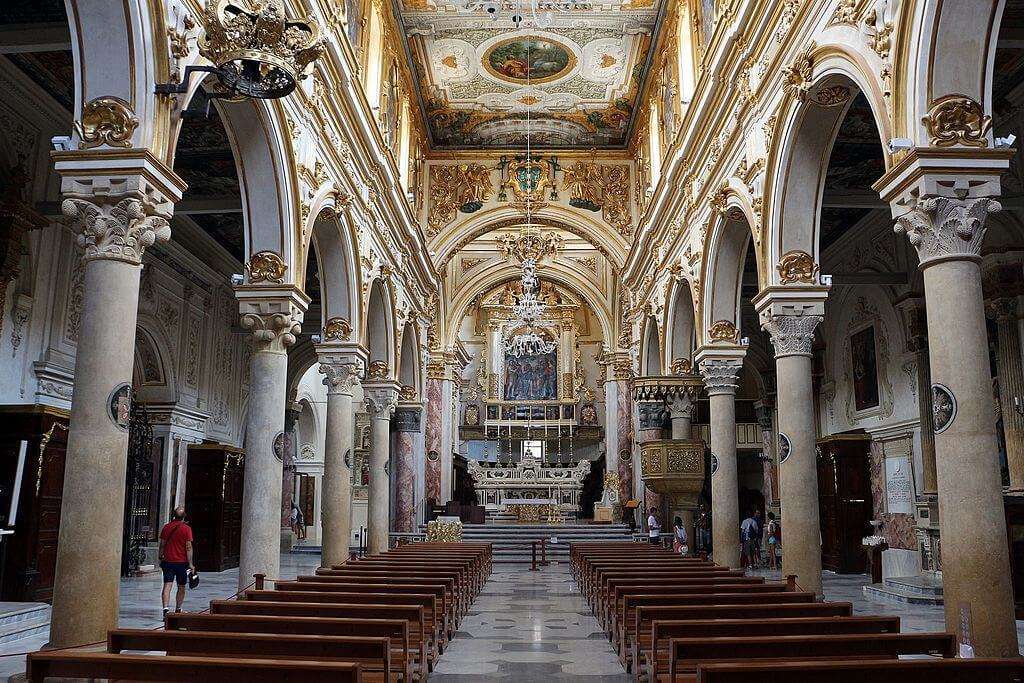 If you visit Matera on July 2nd, the” Festa della Bruna” is expected every year by all materans people (and not only), in a unique folkloristic show! 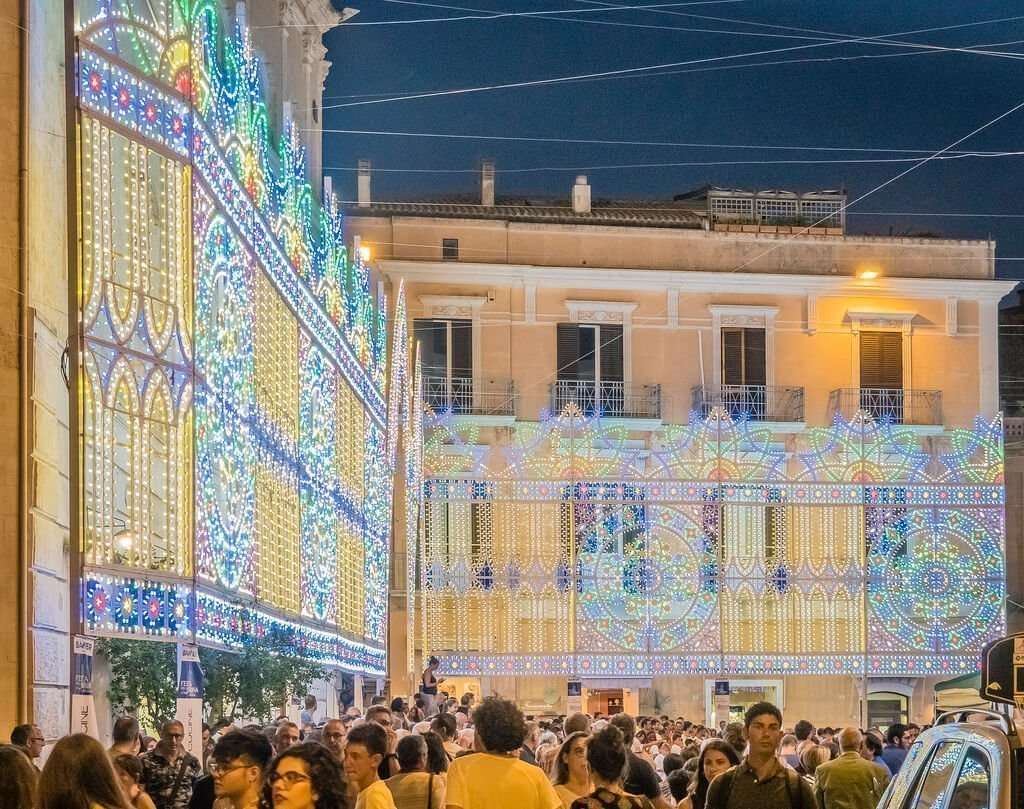 On Piazza del Duomo overlook the elegant palaces of noble families that once inhabited Matera, such as Palazzo Gattini (today a very prestigious Hotel where I had the pleasure of staying, AMAZING), Palazzo Venusio and Palazzo Malvinni Malvezzi. 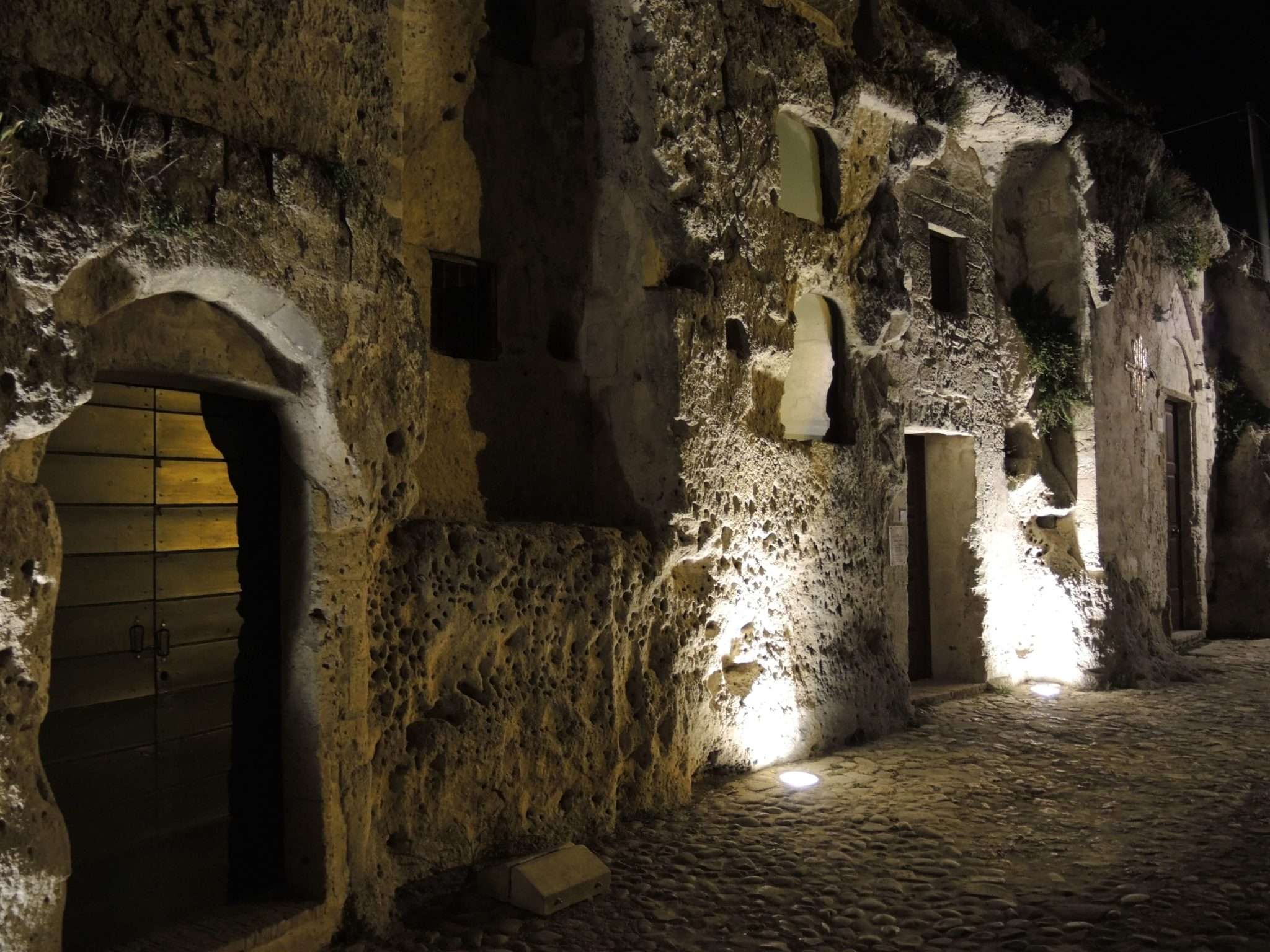 In the upper part of the Monterrone, a large limestone cliff that rises in the middle of Sasso Caveoso, is the Church of Santa Maria di Idris, which you will reach through a steps close to the rock church of Santa Lucia alle Malve. It is visible from every part of the city, perhaps the most evocative rock church in the city.
From above you can be enchanted by the sight of all the Sasso Caveoso and the Murgia.
Now literally lose yourself in the streets, Matera is even more beautiful if visited without a destination .
Probably in this walk you will easily find yourself in Piazza San Francesco where the Church of San Francesco d’Assisi is the master.
The interior is incredible but before entering, a picture of the staircase leading to the totally baroque frontside is a must! 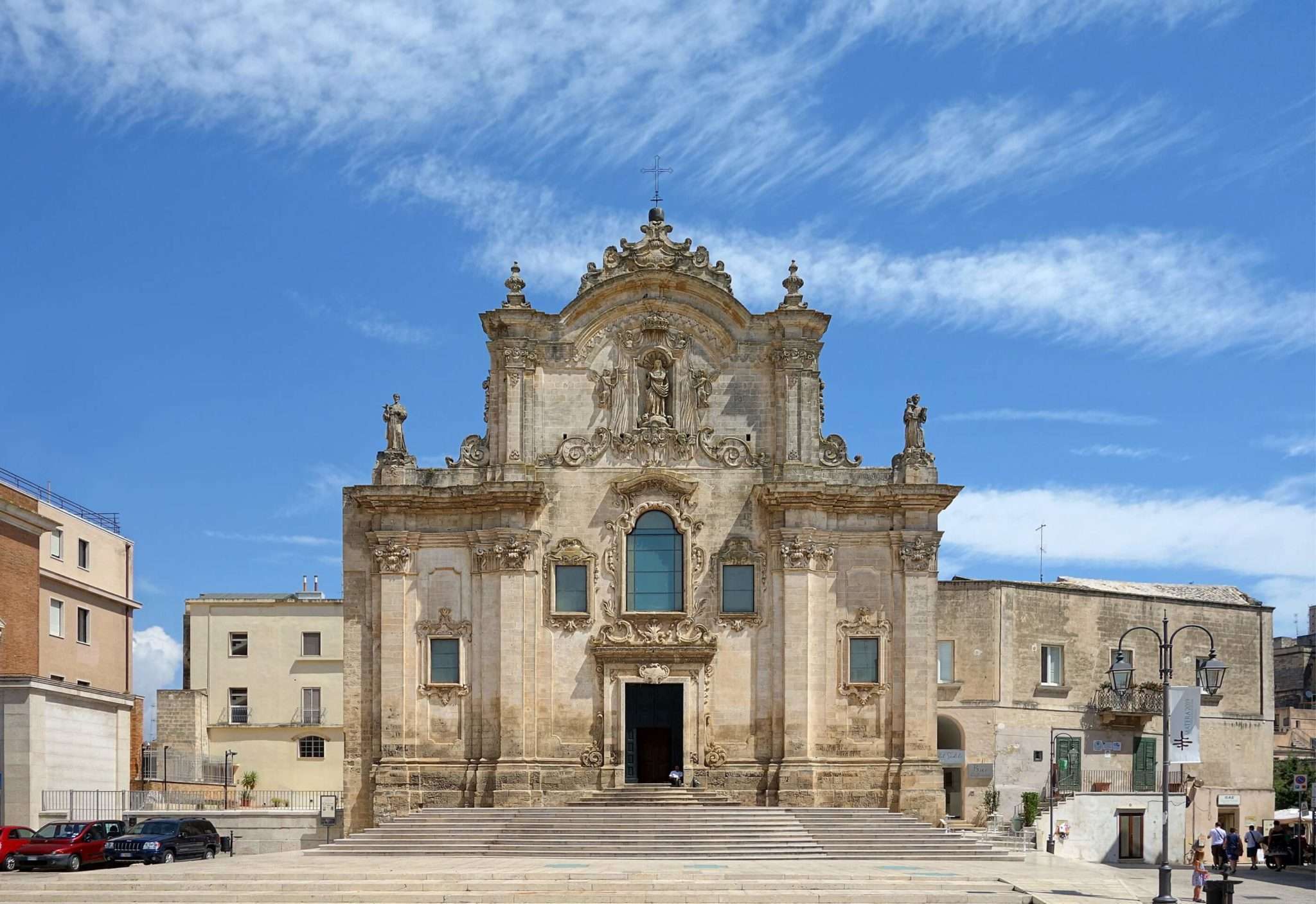 From Piazza San Francesco we reach via Ridola, the main street of the eighteenth-century area of the city, at the beginning of which stands the Church of Purgatory.

What to see in Matera: Palazzo Lanfranchi and the Belvedere

On the opposite side of Via Ridola is Palazzo Lanfranchi, now home to the National Museum of Medieval and Modern Art of Basilicata, built in the seventeenth century to host the diocesan seminary, and that until the 50s was used as high school in which he taught also Giovanni Pascoli, who gives the name to the square. 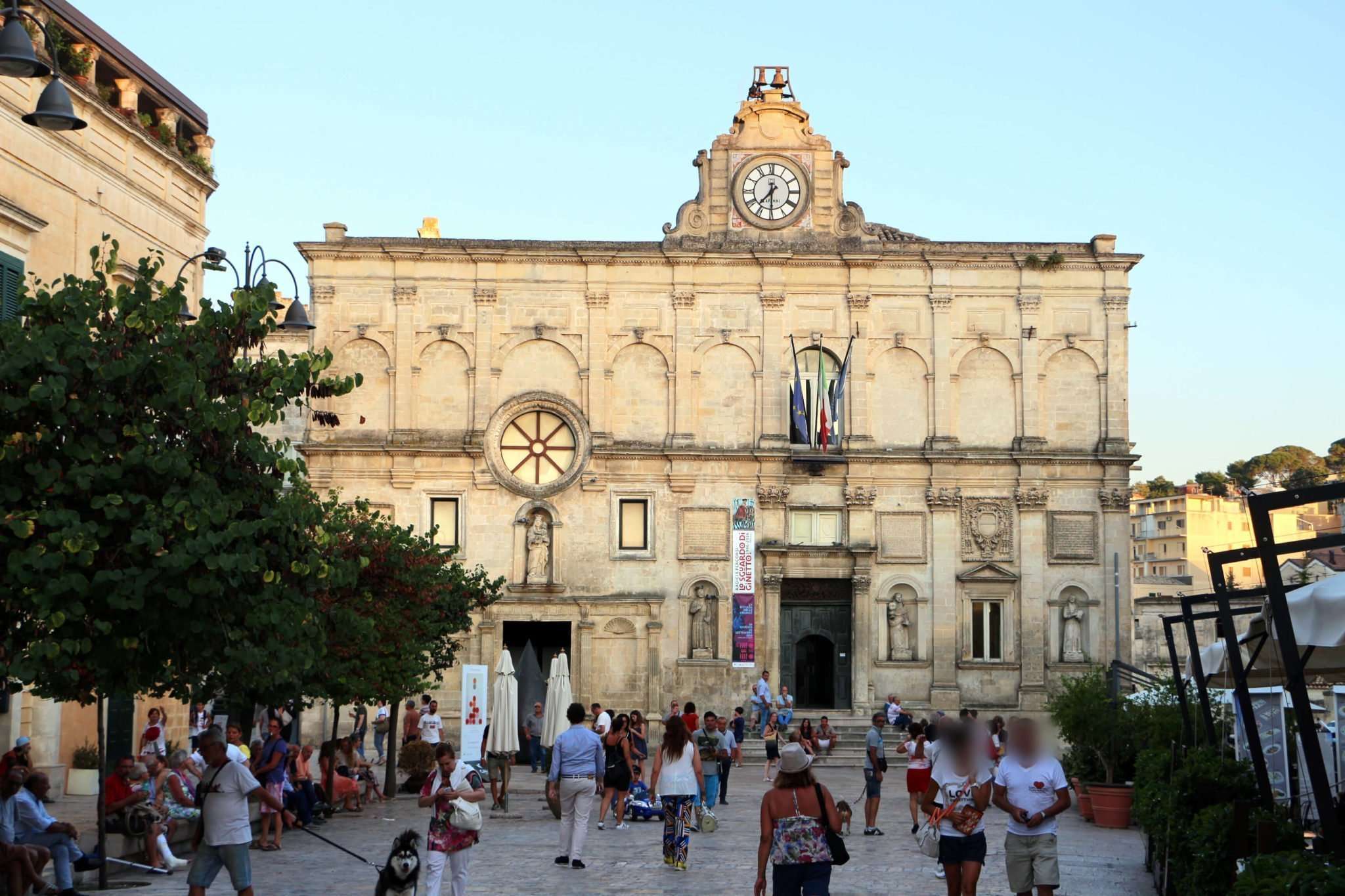 You can not go wrong; the belvedere begins where the crowd of tourists every day of the year besiege the area to take pictures that from every corner are beautiful. Day or night doesn’t matter, the view from this overlook is always suggestive.

What to see in Matera: How to live in a house – Cave

Casa-Grotta di Vico Solitario
Visiting this cave house (it’s not the only one in the city) you will realize through the true reconstruction of an old house, as it was the life in the houses of the past and what their daily life was composed of among the maternal stones. The ticket costs € 3 and a guide will give you every explanation on the furniture, tools and customs of that time. 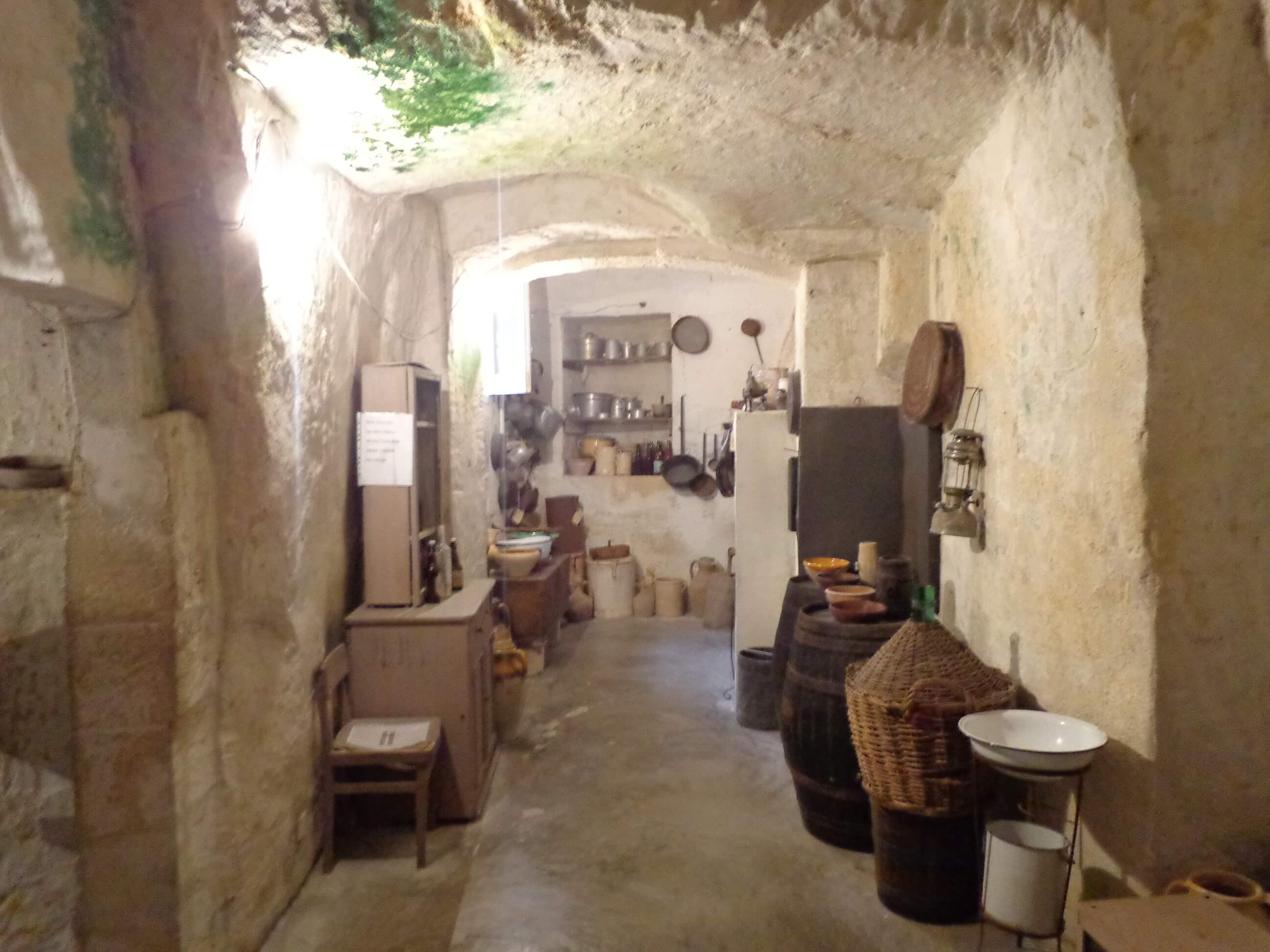 What to see in Matera: Parco della Murgia

Here, now we need the car again. We had rented it with RentalCars before arriving in Matera by touring the Basilicata On The Road! Did you miss it? Here is the link where you can read what to do in Basilicata, HERE.
For those who had arrived in Matera and had time just to visit this city and not the whole region, then on RentalCars.com rent a car because what awaits us today is the Parco della Murgia and you should not miss it!

As many of you know, Gianluca and I got married in Basilicata and the best photos of our wedding were taken in Matera, right here!
At about 3km from the city, in the hill opposite the rocks divided by the river Gravina, you will end up in the Natural History Archaeological Park of the Rupestrese churches, better known as the Murgia Park, which contains more than 150 rock churches and Neolithic settlements. The land is a succession of rocky ravines; the area is arid and wild but at any time of day offers a breathtaking view .
An advice? At Sunset it is even more beautiful. 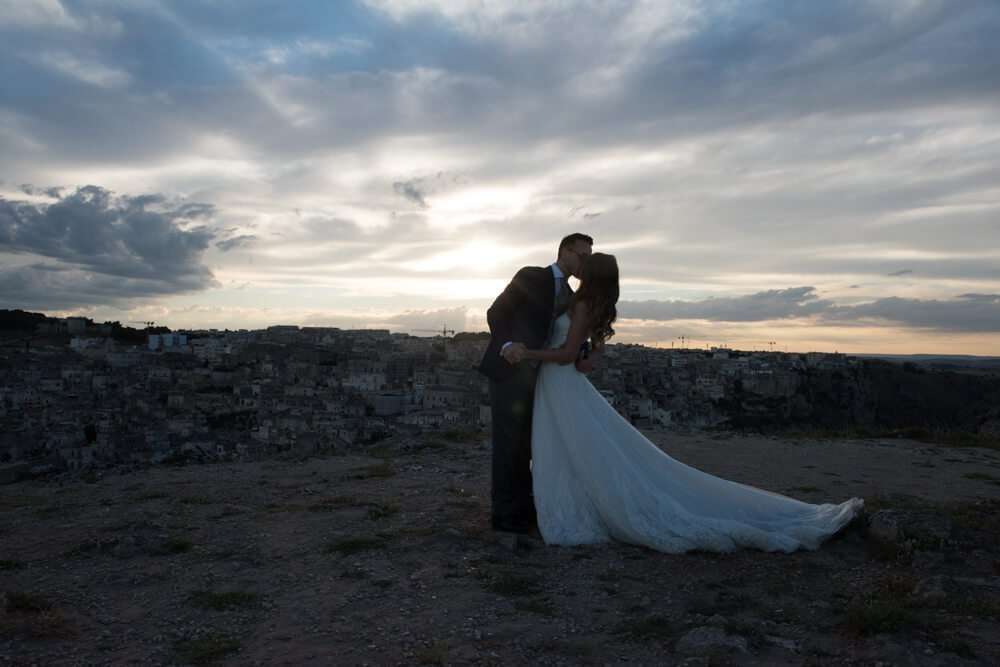 What to see in Matera: typical dishes

Matera and the food are a more than perfect combination.
Even for celiacs there are several restaurants where they serve everything glutenfree! (“Girotondo di pizza”, to quote a viable focacceria valid!)

The most famous foods and dishes of Matera that you should eat, are:
– Bread of Matera
– Senise cruschi peppers
– Strascinati
– Crapiata
– Lucanica

I could talk to you about Matera again and again without ever getting tired, but I would bore you 🙂
Who has already been here?

Greek Islands to visit: which are the most beautiful

Las Vegas: Things to see, things to do, hotels 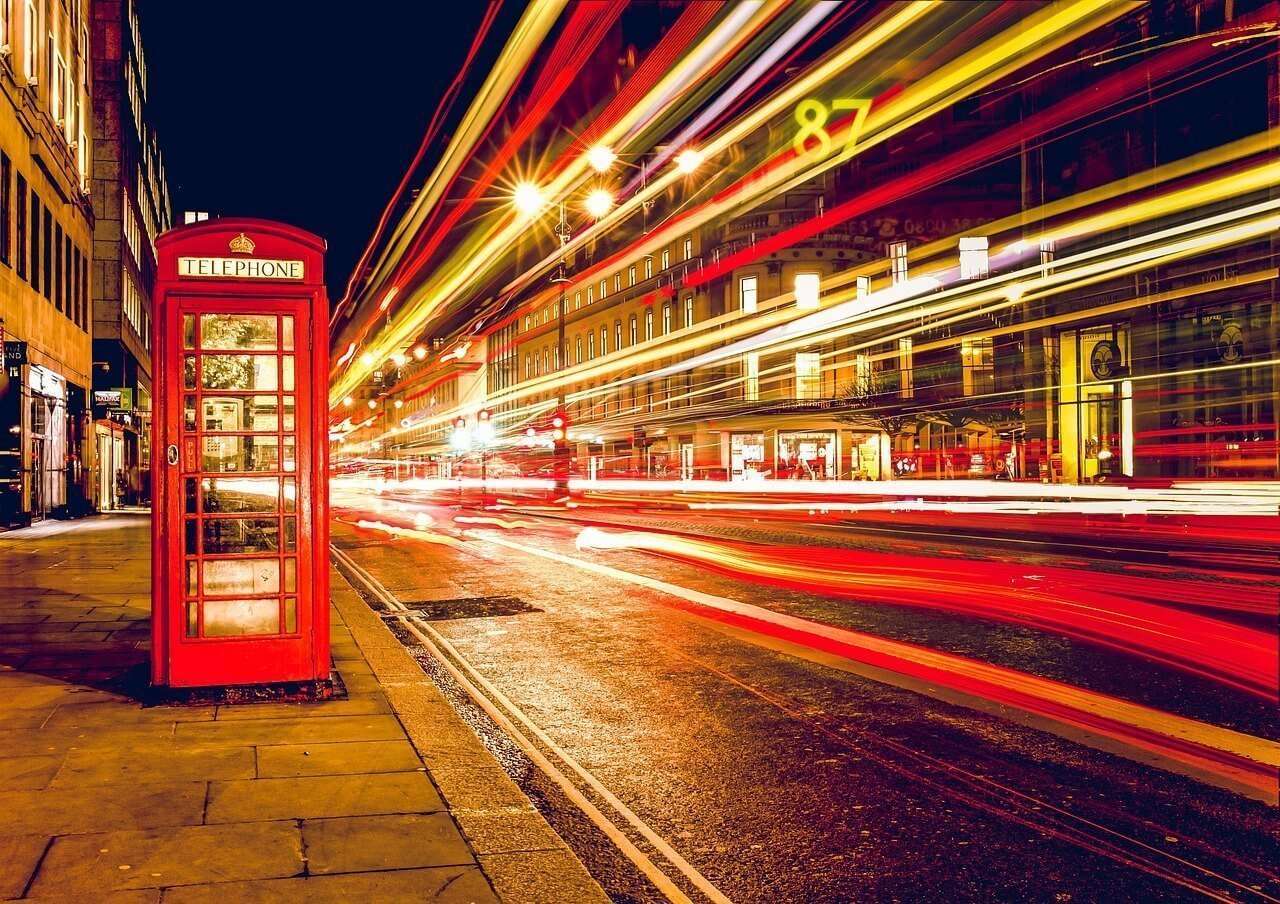 What to do in London: non touristy places