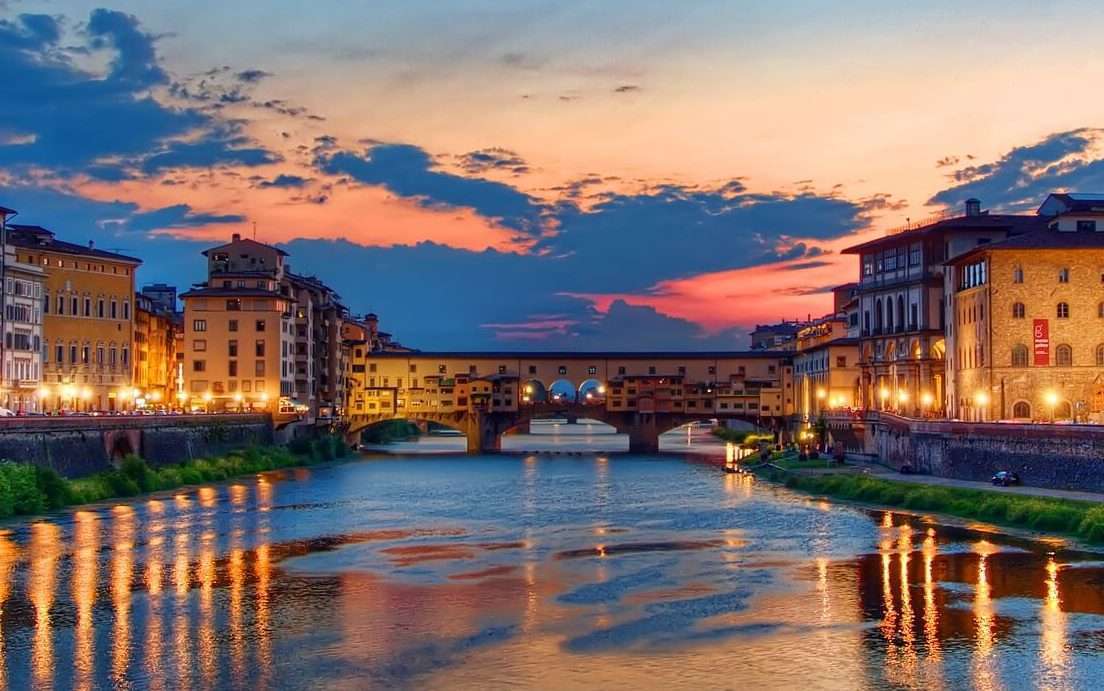 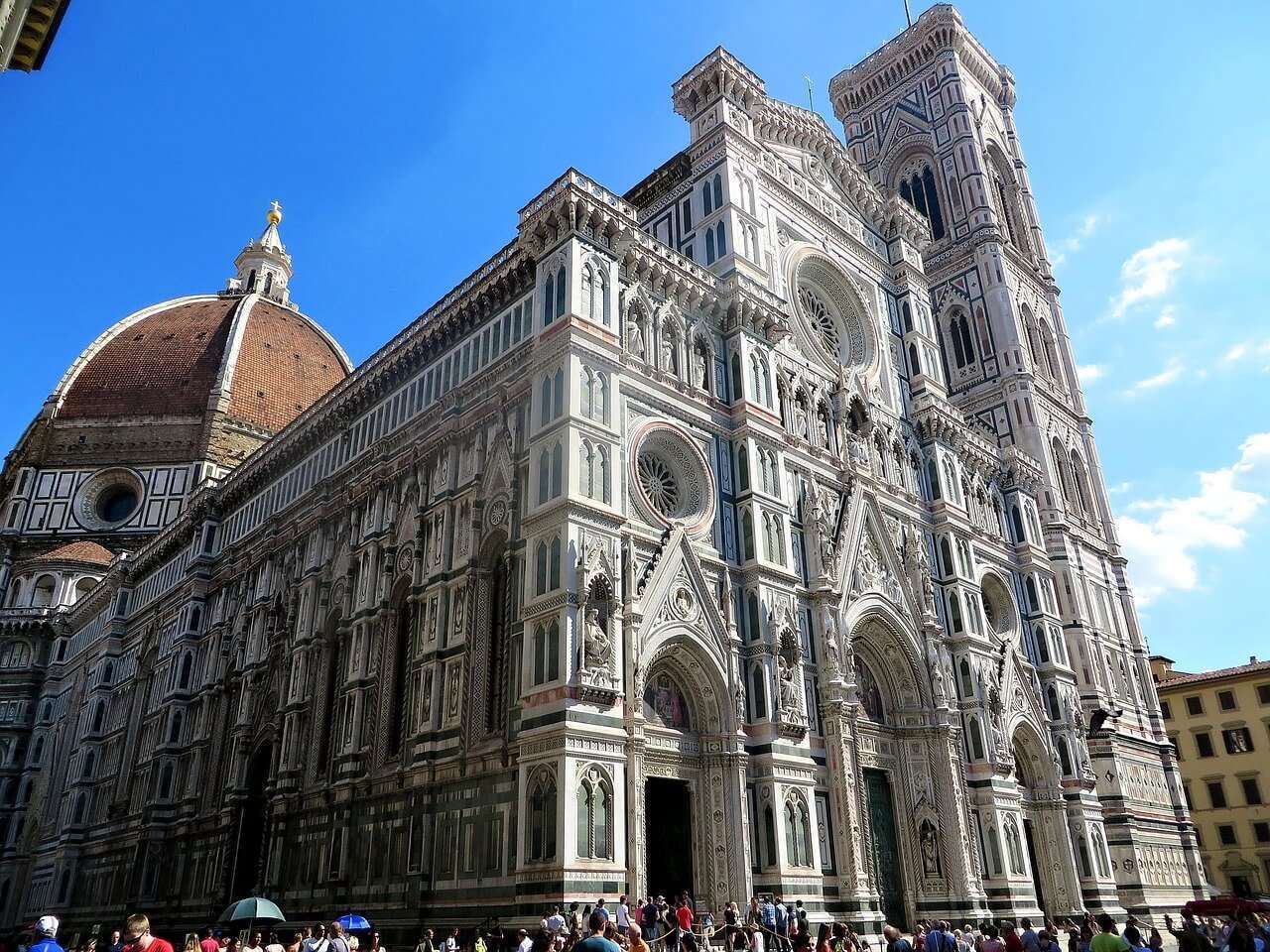 You will never be tired of Florence.
You can’t get enough of art; art is reality, perfection and magic.

What to see in Italy : A night in Florence
We’ll spend our journey in Hotel RIVER, Lungarno della Zecca Vecchia, 18.
It’s located in a traditional Florentine chalet. It last since the nineteen century but it has been renovated. The hotel is easily reachable and offers a gorgeous view of the river Arno.

Clean, quiet and class, at any point of the local you could notice the care and attention dedicated to each detail.
Rooms have enough space and are comfortable. Stewarts are kind and the breakfast is abundant.

Going out from the hotel and taking the road at your right, you could go along the lungarno. From there you can easily reach most visited places, I’ll mention them in this article.
What to see in Italy : 10 Florence must
From a quick walk to River Hotel, we reach 1.Piazza Santa Croce where stands the great Basilica Santa Croce. Here is the summum of the Italian gothic architecture; It’s one of the biggest churches where the Franciscans used to officiate. This basilica hosts the grave of Michelangelo Buonarroti, the protagonist of the Italian Renaissance.

Continuing our trip, we will cross Borgo dei Greci and reach 2.Piazza della Signoria, the heart of Florence. 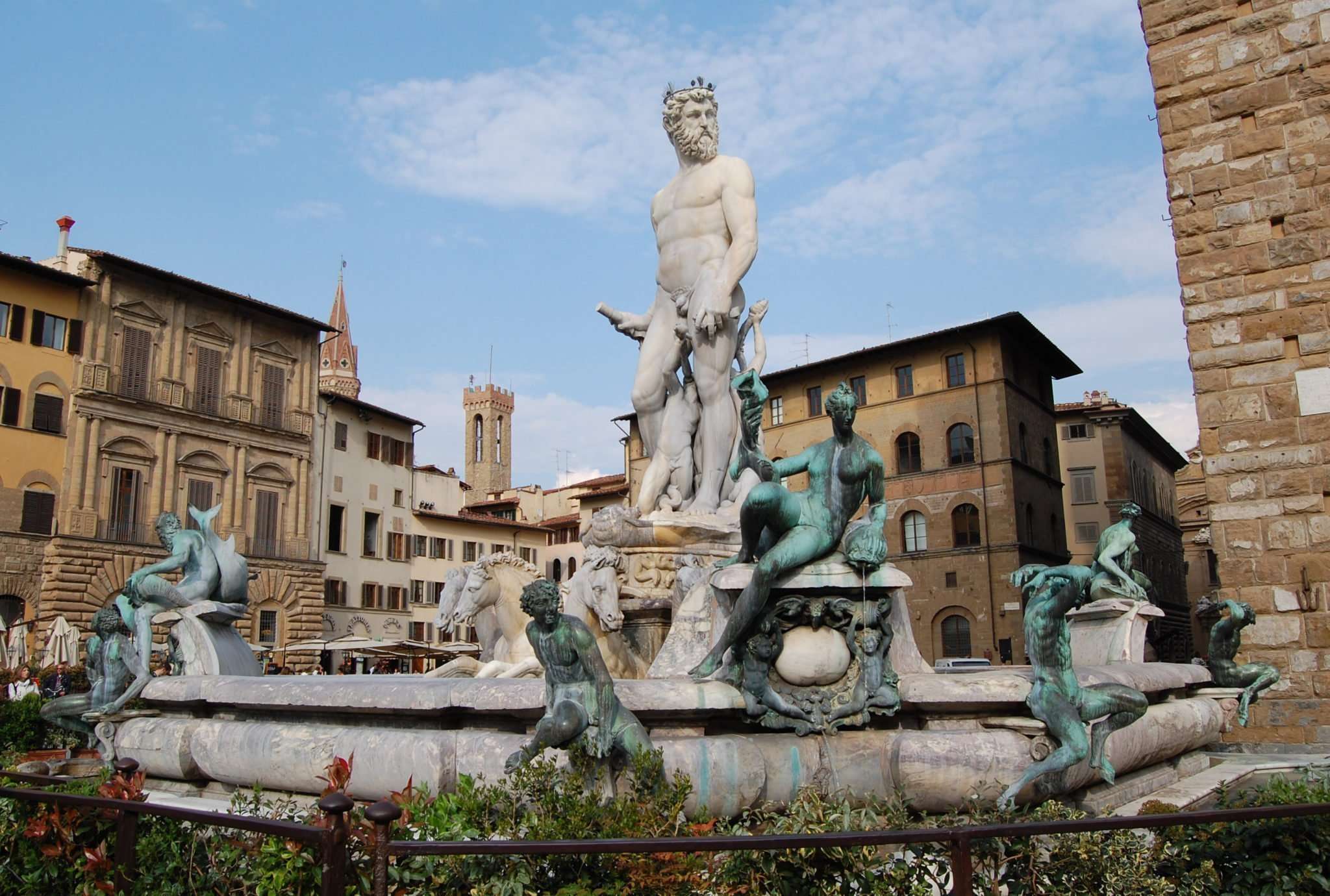 The main point of this square in shape of L is 3.Palazzo Vecchio, the head office of the Florentine municipality. Palazzo Vecchio represents the integrity, the simplicity and the solidity. The outside has a medieval appearance but the inside is mostly constituted by vessels and is rich of tales and secrets. 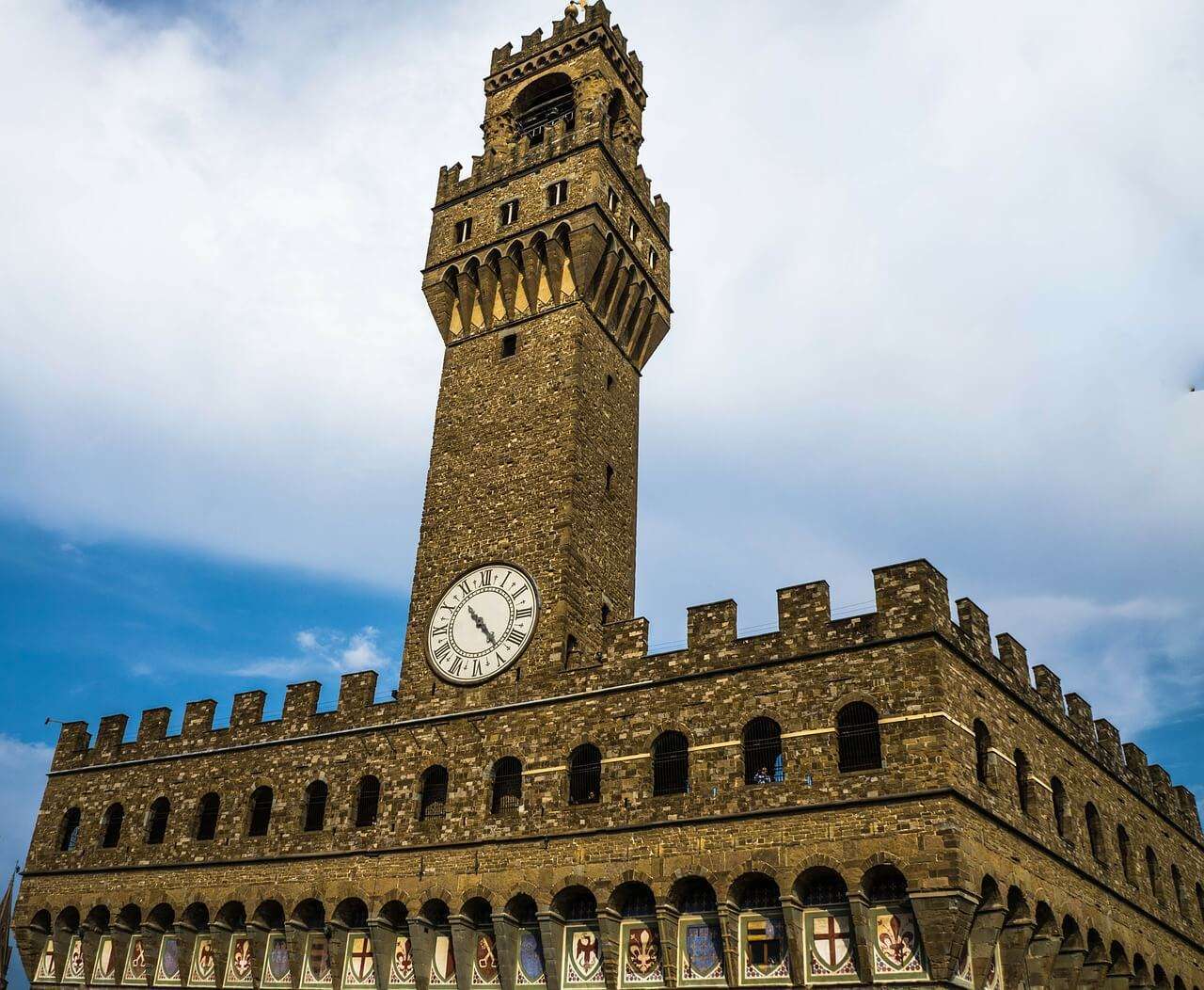 Nearby the brightness of this building, we have the 4.Galleria degli Uffizi, one of the biggest museums of Italy and between the most famous in the world.
The gallery hosts an incredible amount of artworks; most of them come from collections of the doctor’s dynasty. Inside, there are incredible master pieces made by artists like Caravaggio, Giotto, Leonardo da Vinci, Michelangelo, Raffaello, Rembrandt, and Sandro Botticelli, who form the best collection of Renaissance’s works in the world.

Going forward from piazza della Signoria where we had enough of art and culture, in five minutes we reach 5.Ponte vecchio, one of the most famous in the world. Full of antic goldsmith’s workshops, it goes along the river Arno. The walk all along the bridge is fantastic and you will enjoy the wonderful sight on the river which makes the surrounding incredible. 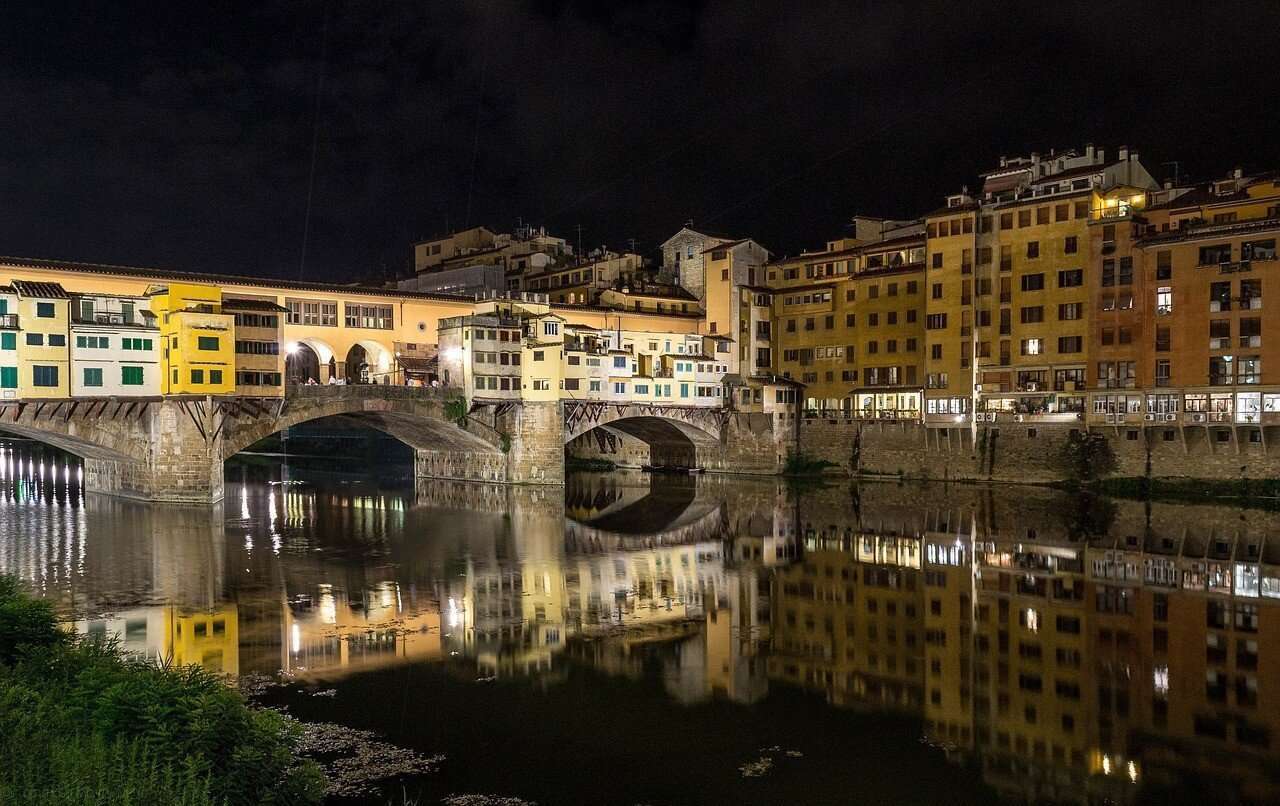 Here we are in 6.Palazzo Pitti, previously it was the residence of the Tuscans’ ducs and later of the Italian kings. Nowadays it offers a dazzling historic mood to the area and it hosts important collection of painting, sculptures, porcelaine and numerous museums composed by different galeries. 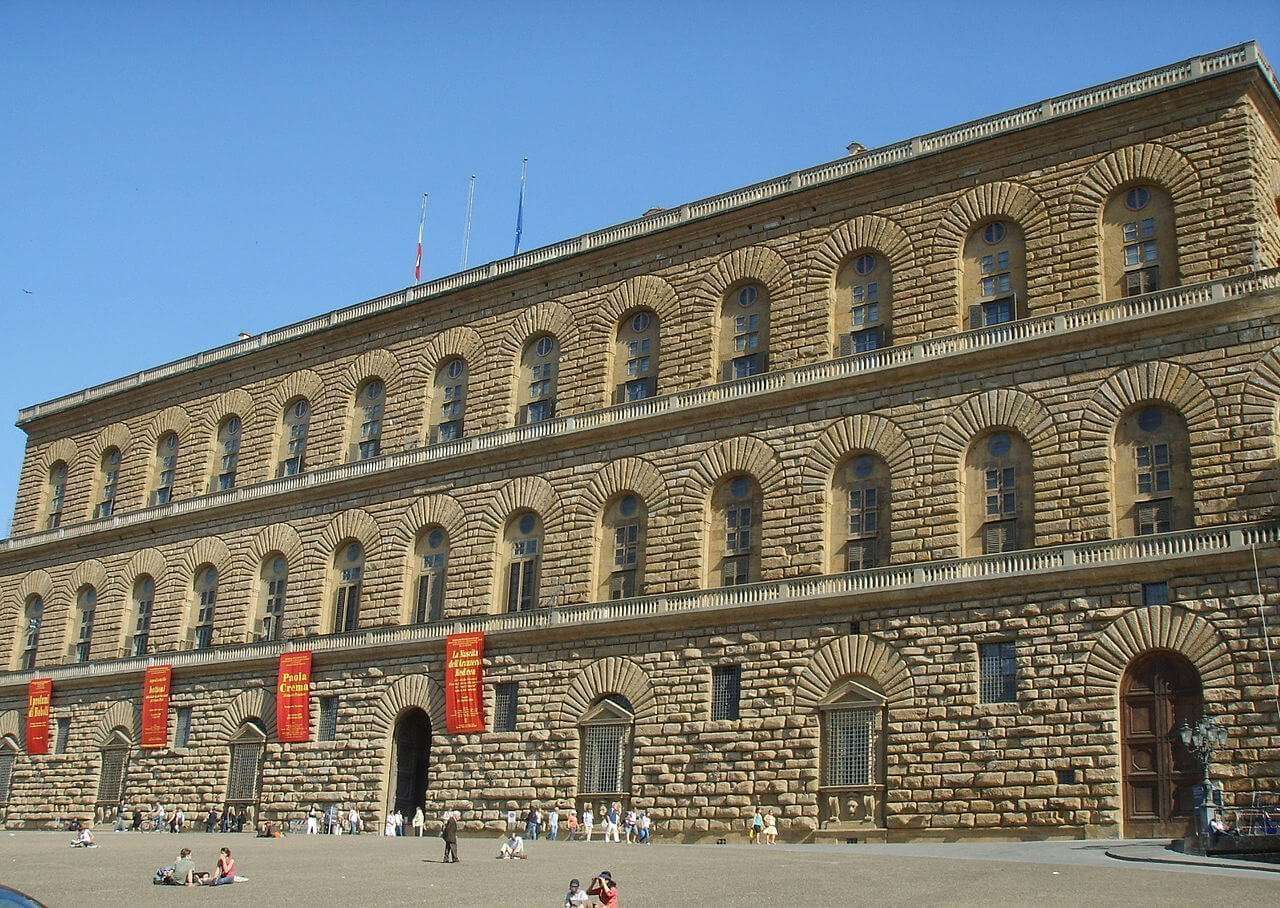 On the back side stands the big Giardino di Boboli, one of the best in the world.
Initially giardino granducale di palazzo Pitti, Giardino di Boboli is a historic park of Florence, a true open sky museum. Don’t miss it! 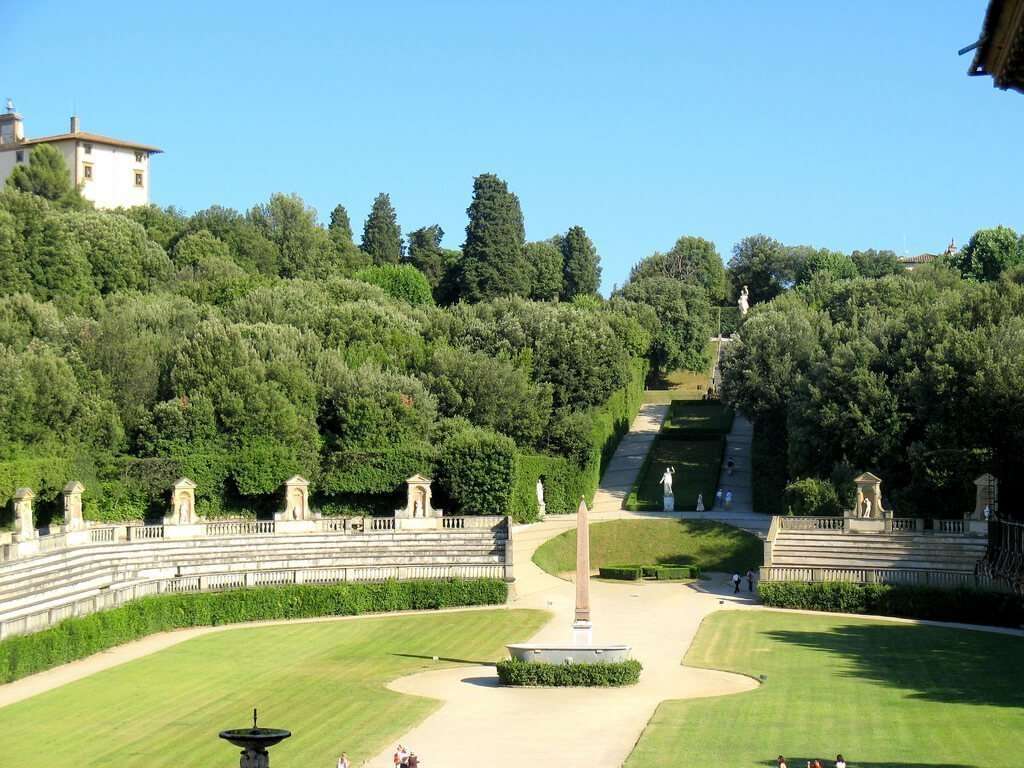 At one kilometre from there, we are in 7.Basilica Santa Maria Novella.
While the church of Santa Croce is a cultural centre of Franciscans, Santa Maria Novella was the meeting point of Dominicans. During the visiting hours, the Basilica opens completely its treasures so that the visitors could be amazed by the peculiar gothic style which makes it different.
In front of the Basilica and taking Via del Melarancio at your right, we will reach Piazza San Lorenzo, where 8.Basilica San Lorenzo represents one of the main catholic services of Firenze. Nearby the church, there is the standard market of San Lorenzo, appreciated by the tourists. 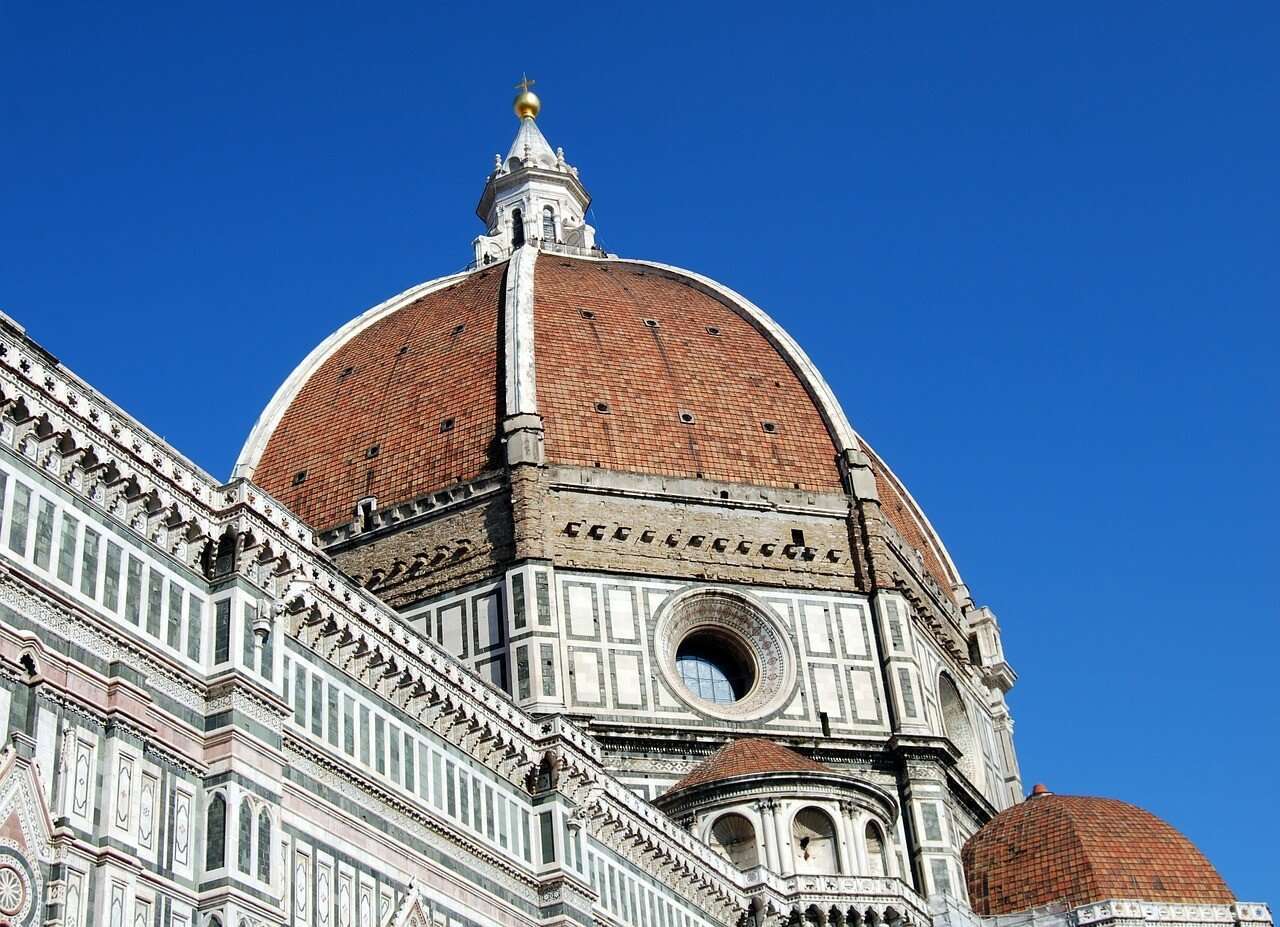 From Piazza Duomo, Via Ricasoli leads directly to 10.Galleria dell’Accademia.
It’s a museum you would not like to miss! Inside the gallery, there are different sections. One of them is the most important collection of painting works made of gold and the other one is a museum of musical instruments. It’s wonderful.
It hosts a lot of art works but it is famous in the world because it shows off the highest number of sculptures of Michelangelo between which the well-known David. The visit is without value. 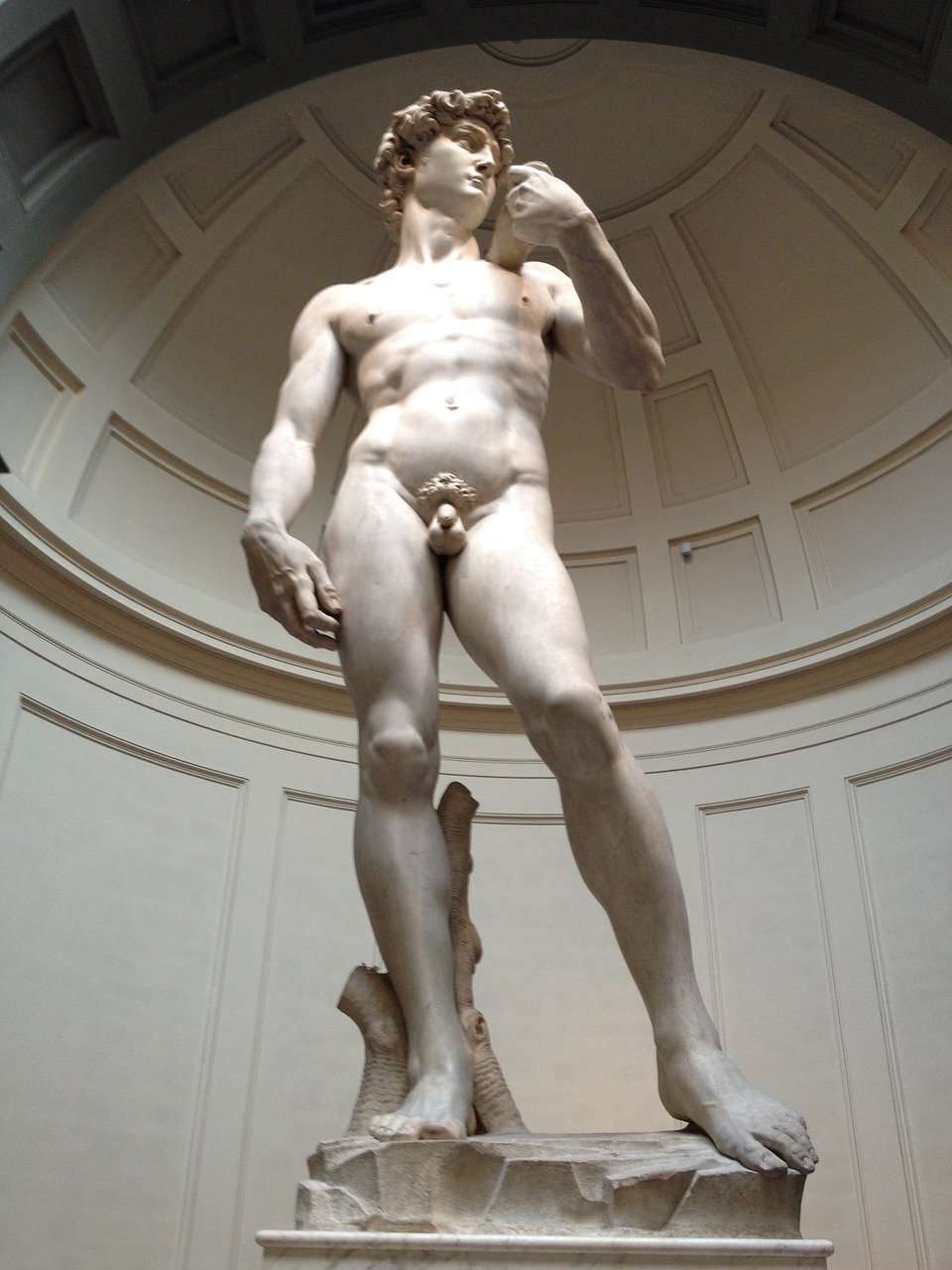 It stands brightly and stately; you can’t just be indifferent in front of its splendour.

There was not a better way to end our trip than meeting this marvellous sculpture.

Mother of Italian language, Florence is considered the starting point of the Renaissance and keeper of Italian culture and architecture; since 1982, its old city is part of the UNESCO mankind heritage.

“Everything of Florence exalts mightiness, style, purity and beauty in its highest”
(Cit.)

FacebookTwitterPinterestInstagram
← 10 must to see in Turin: visiting ItalyScoprendo l’Italia: cosa vedere a Firenze → 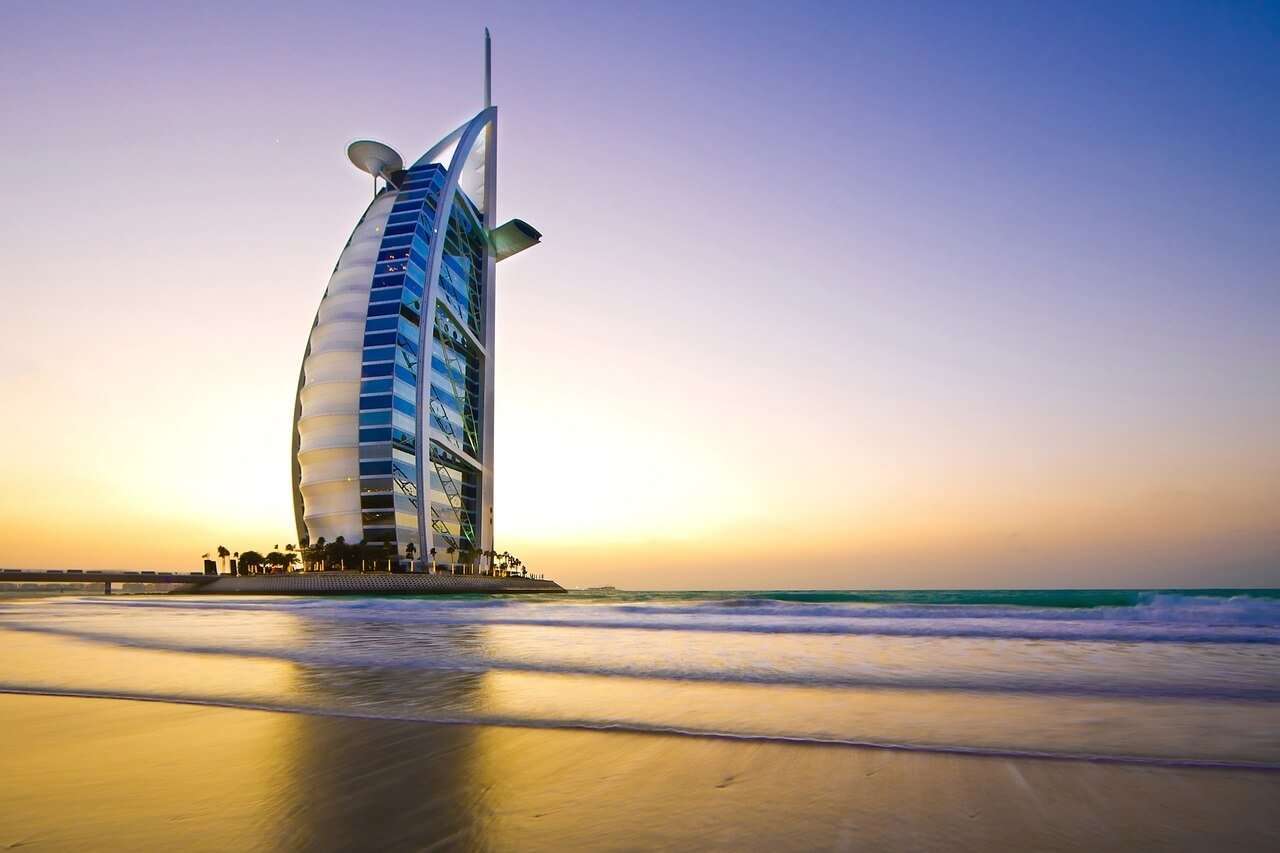 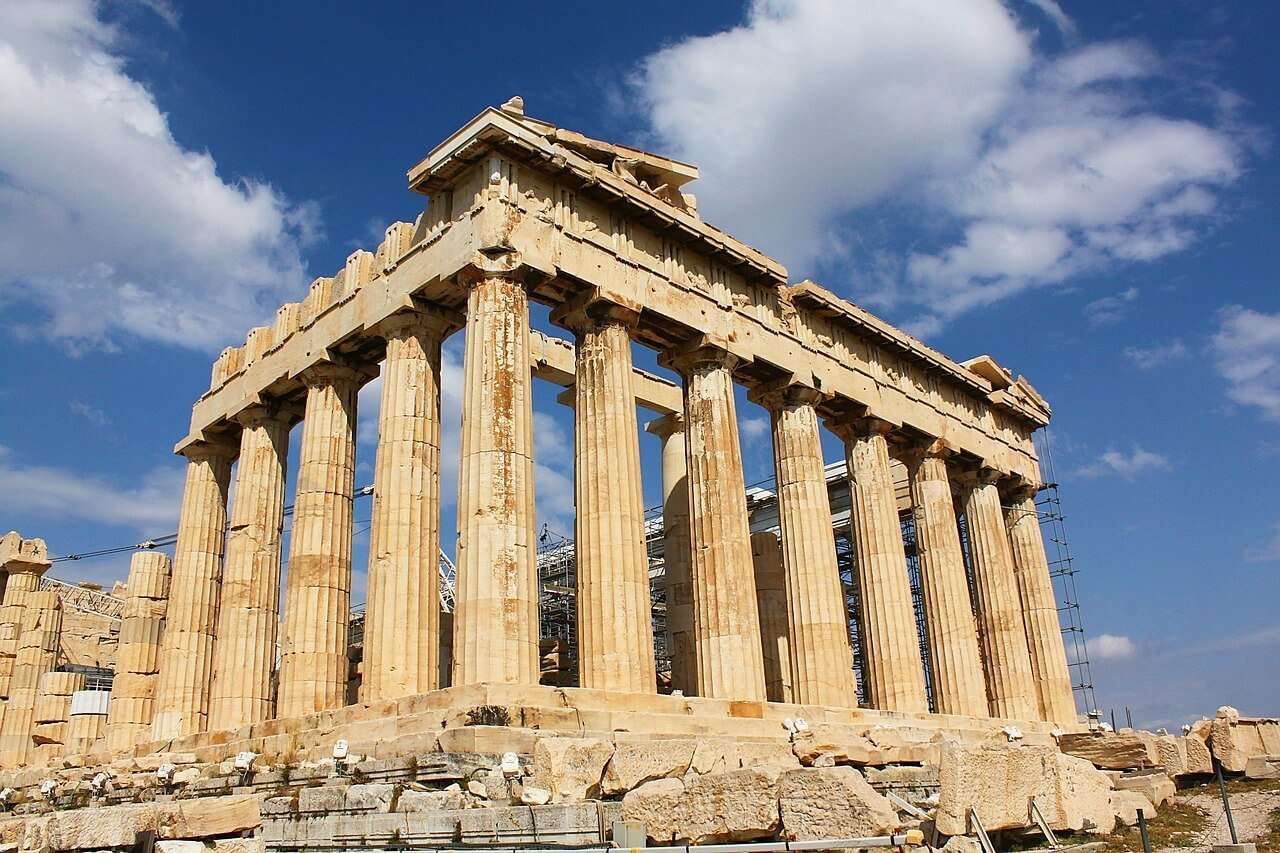 Visit Athens: what to see and what to do