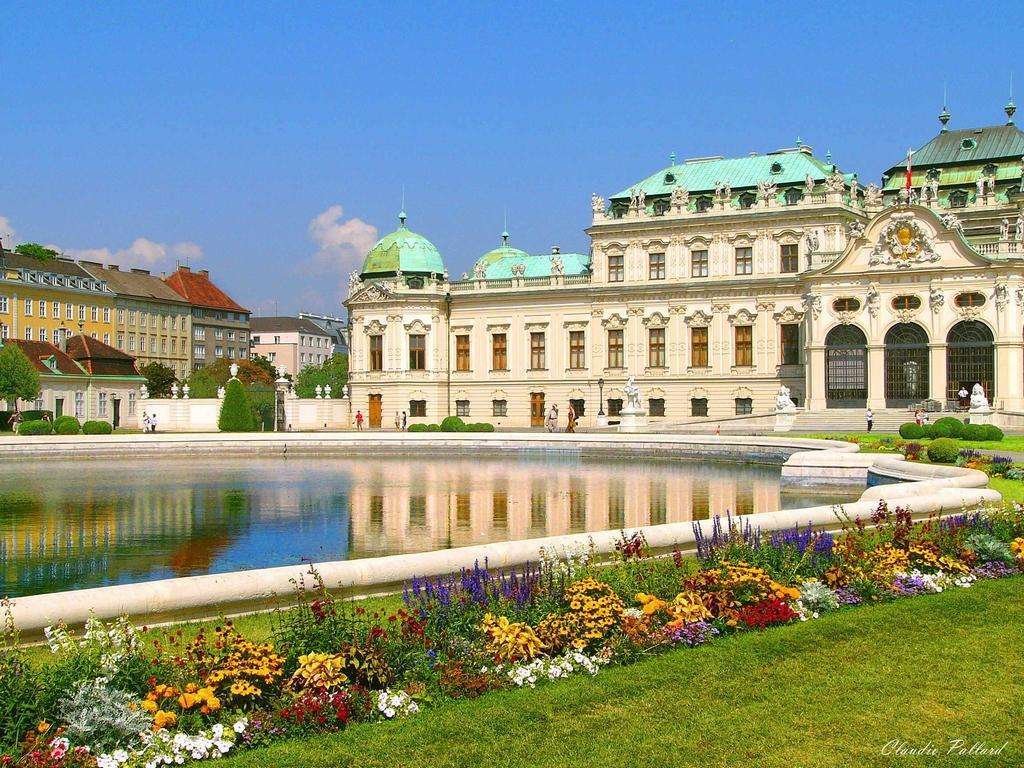 Discovering Vienna – the mother city of art and classic music

The empress Sissi, the composer and pianist Mozart, Schubert, Beethoven, the painter Klimt or the famous Sigmund Freud; are some figures we think about when we talk about… Vienna. 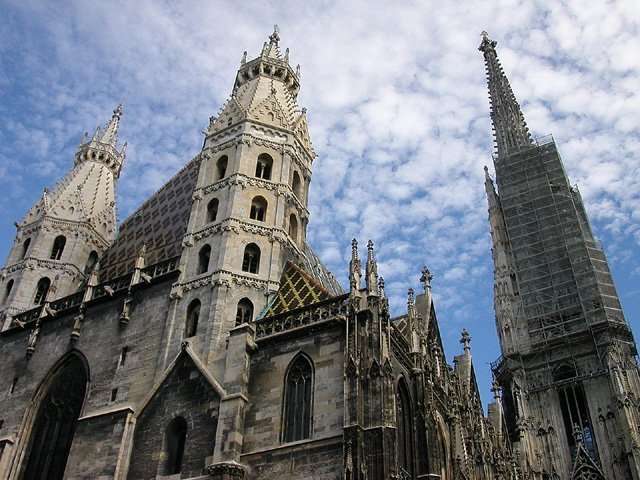 Austrian capital which old city has been recognized like heritage of UNESCO, Vienna is rich of wonders, culture, elegance and traditions.
In this article, we will touch with our hands its art while deepen ourselves in the precious aura of Hapsburg.

We can buy tickets near to bus stop like Stephanplatz and Karlplatz; they are the main bus stops. Different typologies of subscriptions can be chosen: those of 24 or 72 hours or weekly tickets. Tickets price start from around 6 € and go up.

We start from the Viennese heart, Stephan Platz. The metropolitan red or orange line can bring you there. The Saint Stephan’s Cathedral (Stephansdom) and its stately south tour represent the emblem of the city. 137 metres high, in 1433 it was the highest building of Europe.

From this big place, open two of the main Viennese streets. One of them is Graben, where we find the commemorative column dedicated to the pest victims. Pest made tens of thousands of victims in 1679. High of 18 metres, this statue represents the Hapsburg power based of the Christian faith.
Going through the street, you will reach Michaeler Platz. 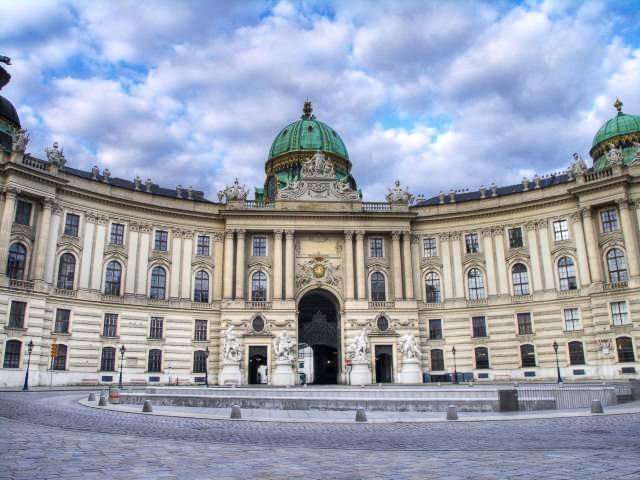 During winter, it’s rich of characteristic Christmas markets and nearby is open in front of us, Hofbourg, the sumptuous winter residence of the royal family which reigned during the 640 years Viennese empire.

Born as fortress with the aim to defend them against enemies, it has always had a political and cultural importance. During years, it has endured many transformations until the reaching of the actual royalty. 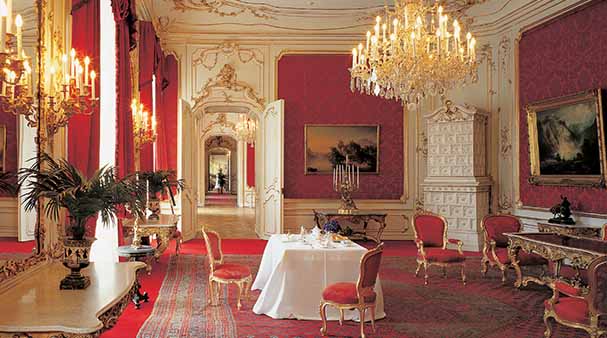 Inside there, you may find infinite silverware collections, wonderful services and big table centres. The visit of the imperial apartments goes on with the discovery of ancient clothes, furnishings and Hapsburg rooms.
The story of the emperor Elisabeth known as Sissi, surrounds the visitor who, getting out from the Hofbourg, will feel to know her before.

The other main street, Kärtner Strasse, takes its origin from Stephan Platz, and leads to the most famous theatre of Vienna, Staatsoper.
It has been designed in a renaissance’s style in honour of Ferdinand II’s wife, Eleonora Gonzaga who introduced the Italian opera in Vienna. For long years, this theatre has been a shame for Viennese because they considered it like an ancient opera.
Nowadays it’s a pride of the city and hosts numerous shows of classic music and dance.

At 150 metres from there, we find the  Albertina Museum , one of the most famous in Vienna.
Classic in its inside, the museum contains one of the biggest work’s collections of Goya, Klimt, Monet, Picasso, Van Gogh and many others. The rooms are class and well-disposed like we use to di in Vienna. The entrance ticket for adults costs € 11,90 .

Continuing on Kärtner Strasse, we reach Karlsplatz.
One of the most famous squares of the city, it’s a real meeting point. We can go there by tram or metro. Dominated by the church of San Carlo (Karlskirche) from which it takes its name, it’s surround by the Resselpark park, a huge green and beautiful area to enjoy while it’s sunny.
The top of this square are the pavilion of the metropolitan draw by Otto Wagner and the Palace of Secession inspired by a drawing of Gustav Klimt.
From Karlsplatz we can reach four ideal destinations that could satisfy the art lovers:

1) Belvedere: reachable with the red line U1 dropping at the stop Südtirolerplatz. It’s a masterpiece of the XIV century’s architecture and one of the most beautiful residences in Europe. It’s all about two residences called Major Belvedere and Minor Belvedere divided by big French gardens which flower beds recalled the queen of Versailles. In both, there is Öösterreichische Galerie Belvedere, the biggest Austrian art collection; In the Major Belvedere is exposed the biggest square collection of Klimt.

2) Schönbrunn: reachable in metro by the green line U4. In front of the stop, Schönbrunn there is the Hapsburg summer residence which was the top of splendour under the kingdom of Mary Theresa. The sightseeing of the castle allows us to visit the royal rooms, with luxury and a rococo style. The story behind the royal dynasty and Sissi, instable and complex, is told by the audio guidance which introduces the myth going through centuries of story.
One interesting thing is the story of Mozart: at six years, he already showed himself in presence of the emperor. At the end of the show, he kissed her. 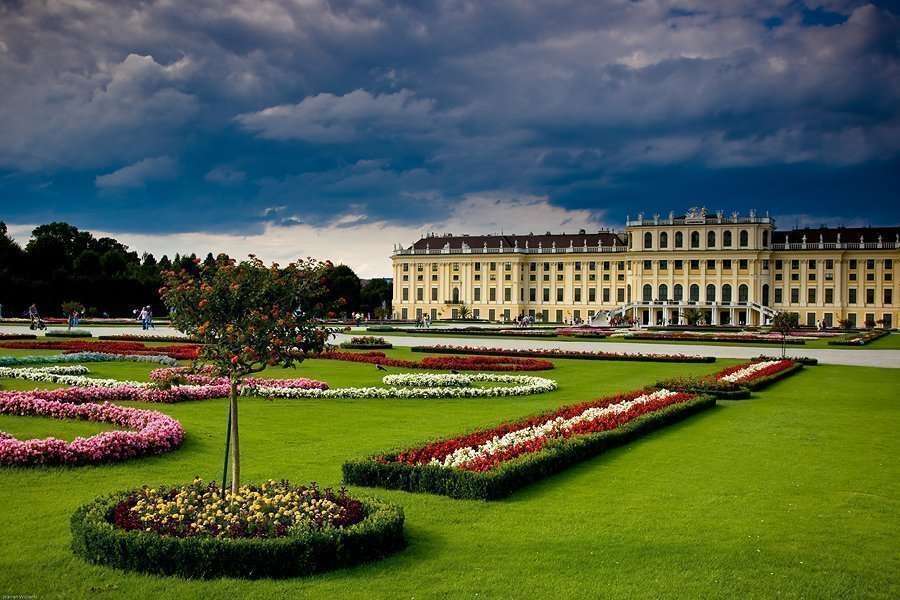 The imperial garden, open to all by Mary Theresa since 1779, is extremely pittoresc. Full of flowers beds, different types of plants, flowers of flash colours crossed together and helping to embellish this area dominated by the splendid Fountain of Neptune behind which stands the Gloriette.

3) The violet line U2 stops at museumquartier; the Museum district: one of the most famous areas in the world, visited each year by millions of persons, rich of story, architecture and culture. Between the museum which form it, let me focus on the two one who rise on the place Mary Theresa (Maria Theresien Platz).
It’s about two similar buildings, face to face like they were “watching over” one another; the first is the Art story Museum and the second is the Natural sciences Museum. Don’t miss it! 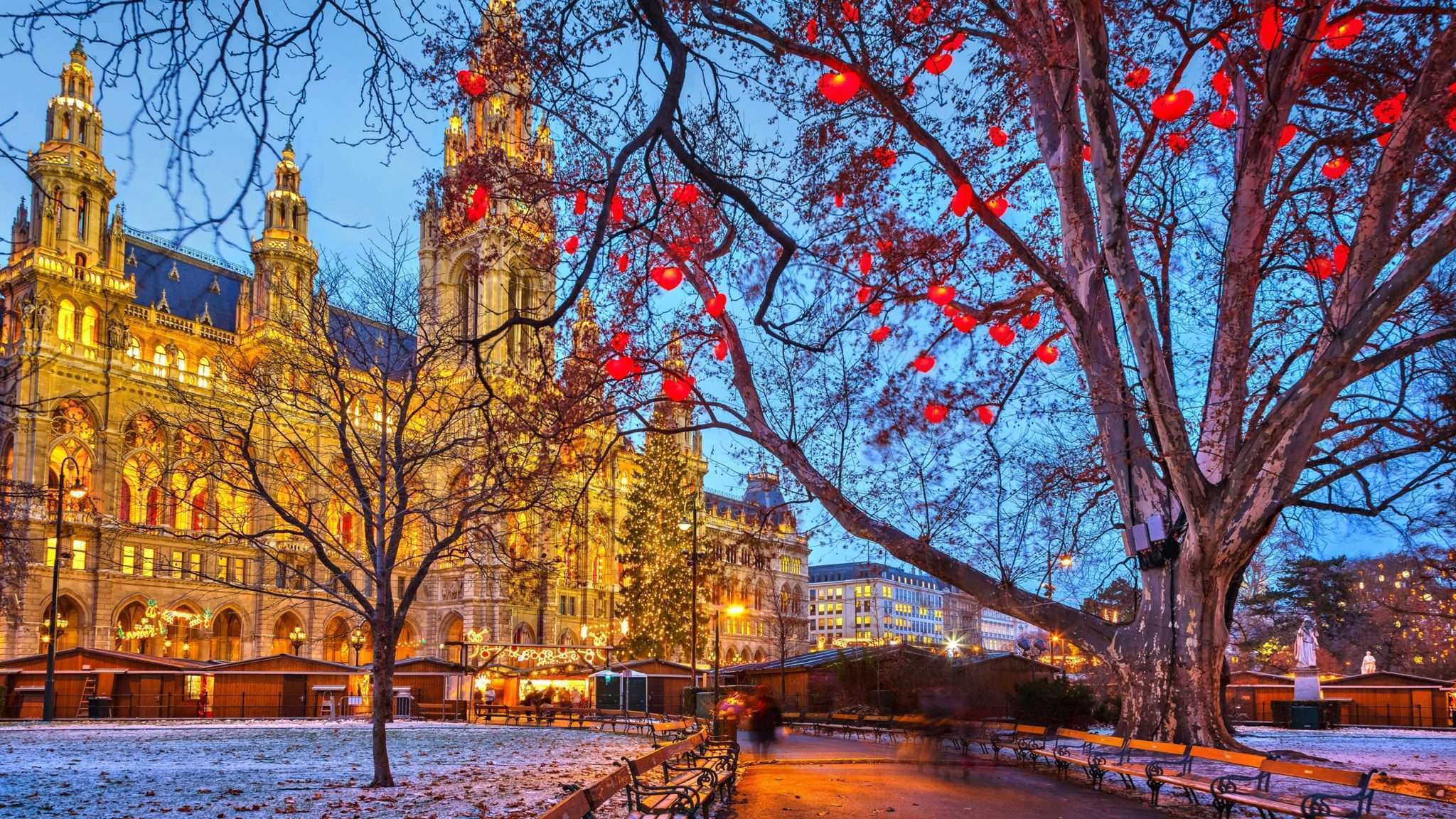 4) The violet line U2 stops at Rathaus : it’s a Viennese municipality and an architectural beauty. It’s eclectic and gothic. In December, the courtyard behind hosts most beautiful Christmas markets in Europe, from January to March a huge skating rink, and from July to September the famous Film Festival.

The Viennese attractions don’t end here! If you have some days left, don’t miss:

– The Burgtheatre, located at some pass of Rathaus. It’s the biggest Viennese theatre reachable with the orange line dropping at the stop Herrengasse;
– The Danubian Tour (Donauturm), located at 10 minutes of the centre. It offers an incredible view on the Viennese old city. You will enjoy on its 165 metres high. It’s reachable by metro dropping at the stop Alte Donau or taking the red line and dropping at the Leopoldau.
–  The Hundertwasser-Krawina house, from the name of the famous painter and the magnificent architect who gave like to its wonderful coloured and paint construction. It’s reachable with the metro U1 until the stop Schwedenplatz, and then with the tram 1 in the direction of Prater, stop Hetztgasse. 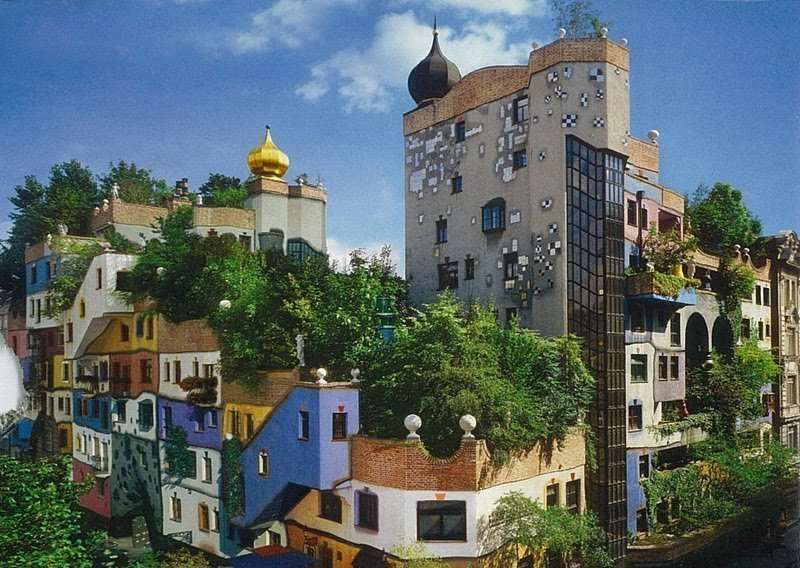 Useful informations
If you would like to reach Hofbourg with the metro: orange line U3, stop Herrengasse.
The entrance ticket costs € 12.90 (for adults) with an audio guidance.
There are different opportunities for students, children and families. It’s possible to buy the ticket “Sisi” including the entrance to Schönbrunn and the Museum of Mobiles (valid for one year) at €28.

Staatsoper: Over the show’s hours, visits are organized inside the building. There are different possibilities to buy the tickets; the complete tour with guide costs € 6.50.

Belvedere: the entrance tickets for adults costs € 20 but varies according to the typologies and interests. It’s also possible to get combined tickets.
For more information:  http://www.belvedere.at/tickets

Schönbrunn is always bounded and tickets bought on stage impose you to wait some hours in order to get in. It’s better to buy it online : https://www.schoenbrunn.at/en/our-tickets-and-prices/all-tickets-prices/ 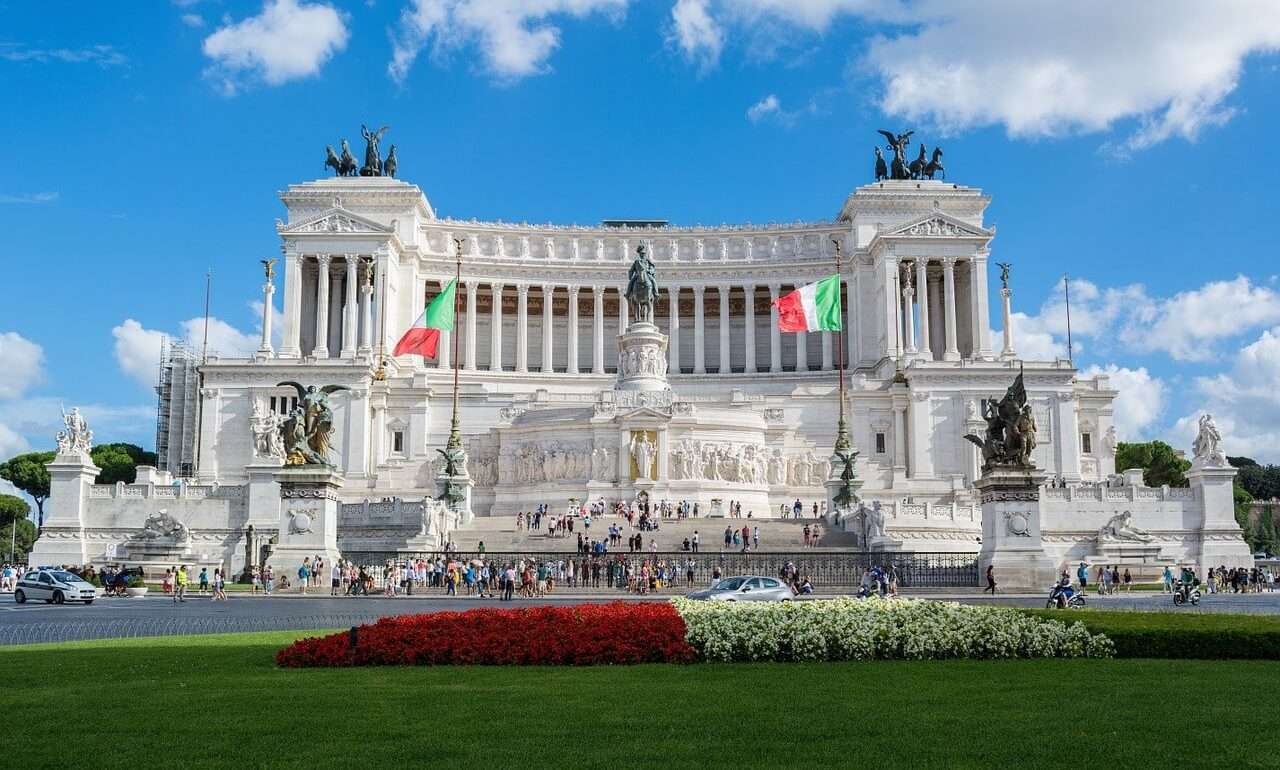 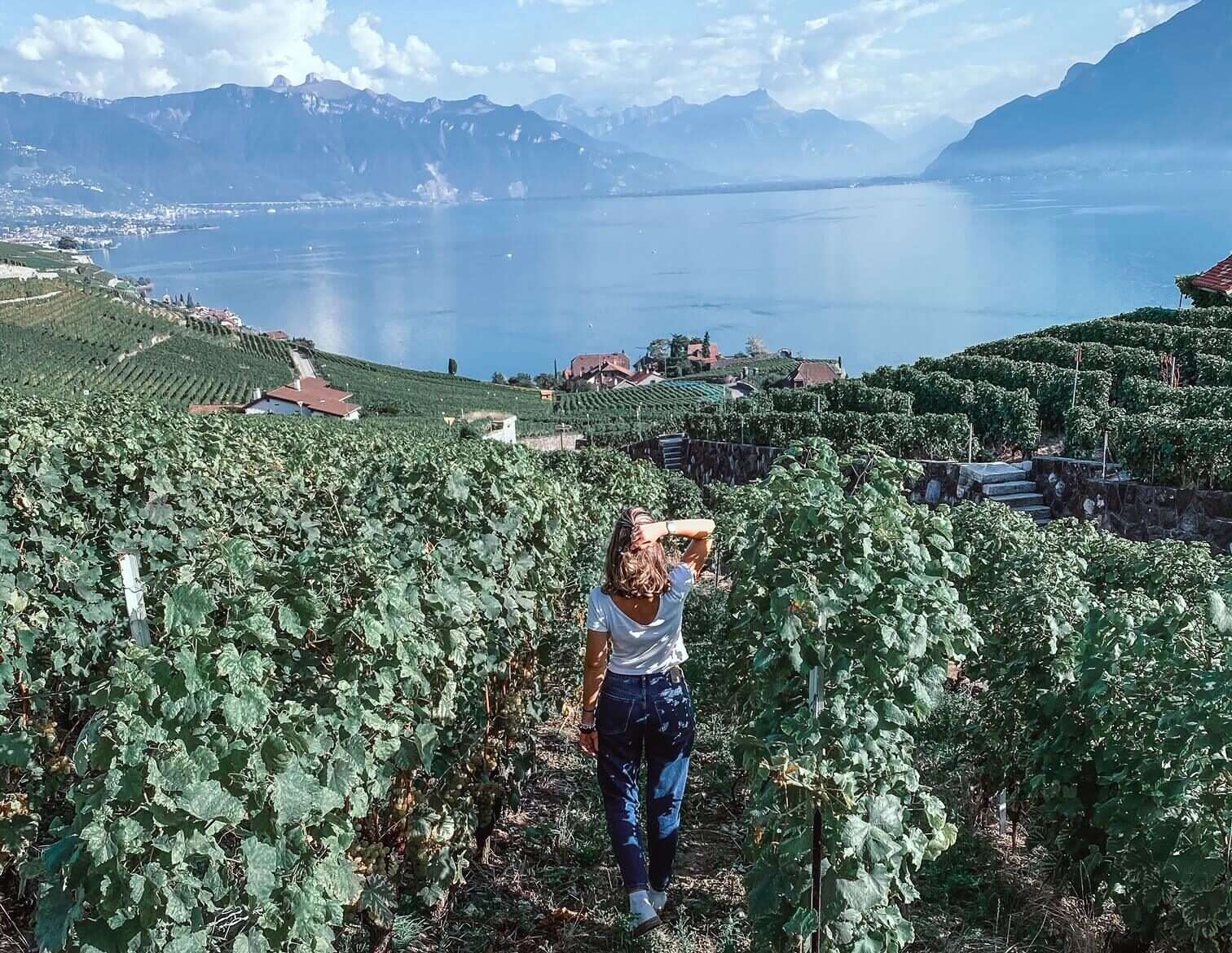